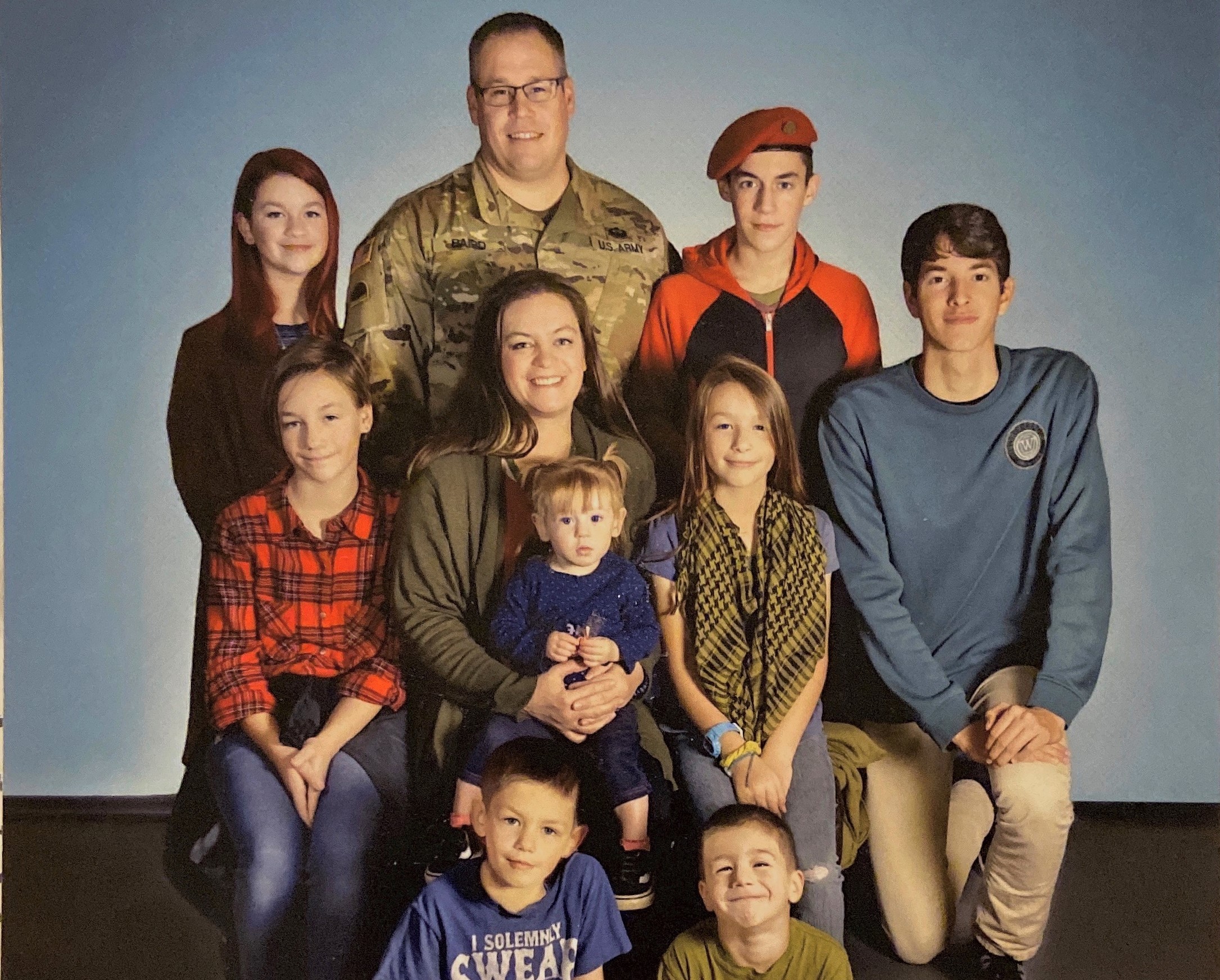 If you’re the mom of seven kids and your husband travels for work, what do you do? Host an exchange student, of course! While this idea evokes more than a few raised eyebrows, the Baird family of Estacada, Oregon, found it to be an excellent experience for their family—and for their exchange student.

When Tyra Baird was growing up, her best friend’s family hosted exchange students every year. Tyra spent much of her time at the friend’s home and loved getting to know their exchange students, some of whom became like sisters to her. Tyra knew that someday she wanted to have this experience for her own family.

The opportunity presented itself last summer when Tyra made a quick stop at the high school before heading out on a family camping trip. At the school, Tyra met an ICES coordinator who shared that she was looking for host families for a few students that wanted to come for the school year. This was the opportunity Tyra had been waiting for!

Tyra had to get back on the road with the family, so the coordinator helped her start her host family application over the phone to get the ball rolling. Before leaving cell service to head into the Oregon wilderness, the family pulled over to the side of the road to read letters of several available students. As one of five children, Santiago from Spain seemed like the natural choice for their large clan. 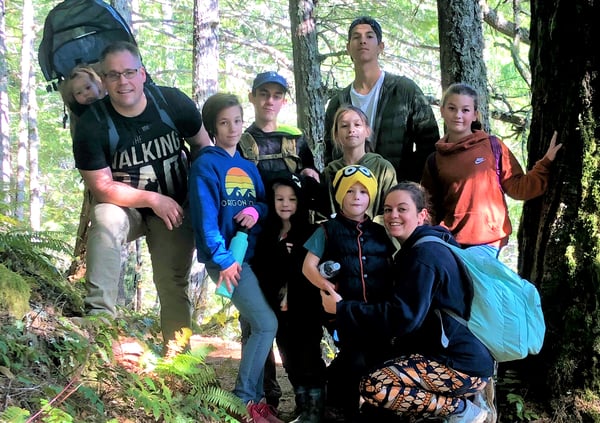 The rest of their screening process was completed when they returned from camping, and before they knew it, it was time to head to the airport to welcome Santi as the tenth member of the Baird household.

Santi fit in right from the start. He was willing to learn and he jumped into family activities and family life. He asked questions if he didn’t understand. Santi bonded with the teenage kids through typical teen activities such as music, nerf games, telling jokes, and hanging out. 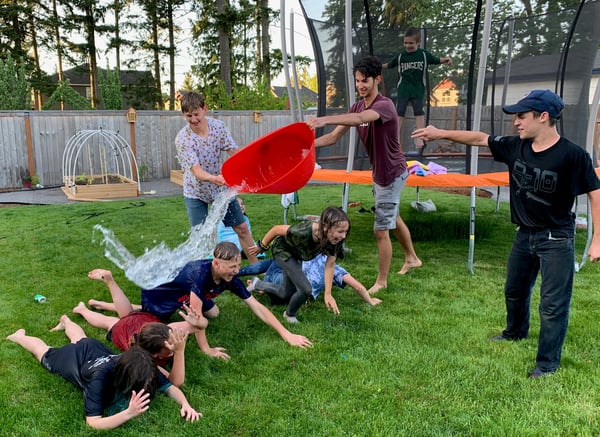 He naturally connected with the younger kids in ways that were meaningful to them. He formed a secret handshake with 5-year old Vi, and he delighted 2-year old Io by picking her up and spinning her around. “Our little boys adore him,” says mom Tyra. “He has been a wonderful influence on our kids.” When asked what he thought of living in a large family, Santi responded, “When I got my placement information and saw how big the family was, I thought it was gonna be a little bit difficult. I am one of five siblings in Spain, but my host family has a lot of younger kids. But when I got here, the family was super nice. They helped me stay busy and there is always someone to do things with. The whole family talks with me a lot which really helped with my English.” 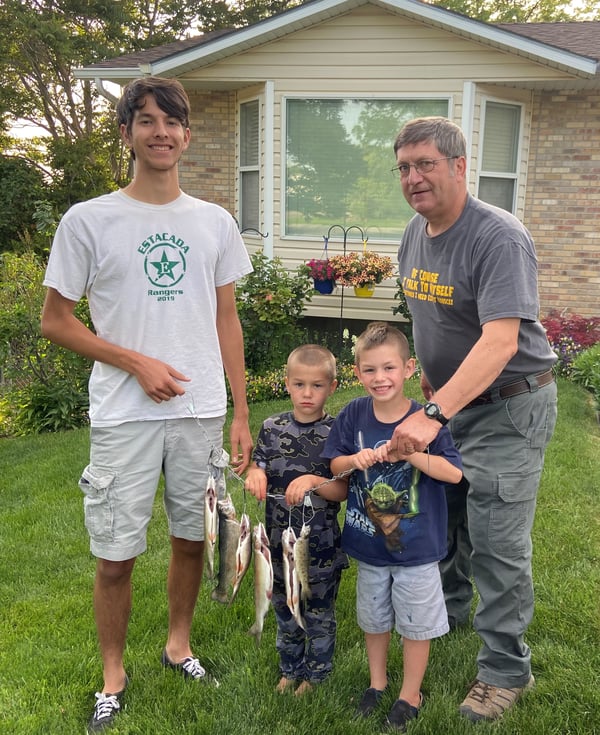 Santi was eager to experience American culture and high school. He prepared himself for the first day of school by making a commitment to himself: “I’m going to be open and talk to everybody.” He did just that, making friends quickly and he soon joined the soccer team. 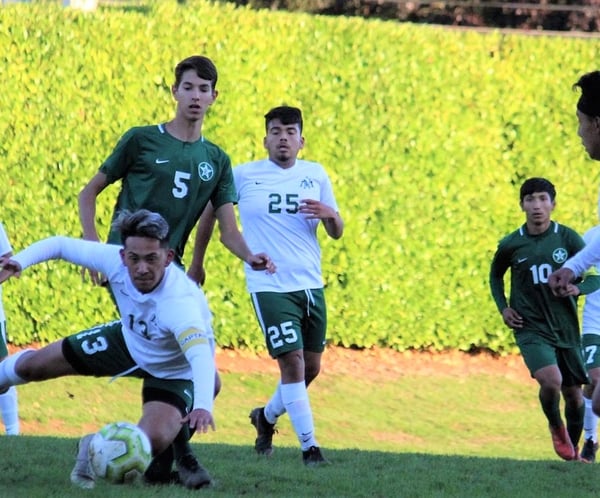 As fall sports wrapped up, Santi’s classmates encouraged him to join the basketball team. Though he stands at 6’4”, Santi had not played basketball before, but he decided to give it a try. With some coaching from his host brothers and lots of dedicated, diligent practice, Santi soon got the hang of the game—and loved it. He also joined the Snow Rider Club where he made fun memories skiing the slopes with his friends. 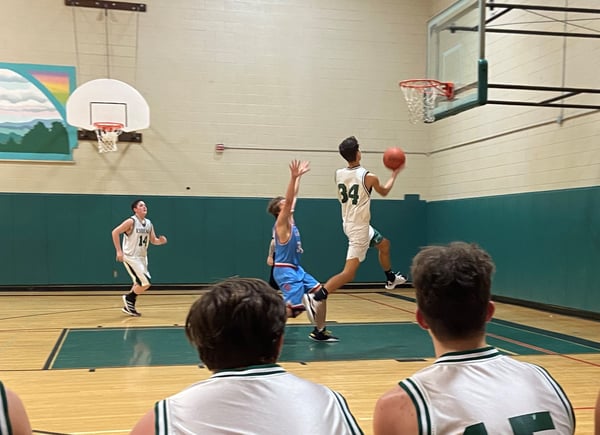 January brought big changes to the Baird household. Tyra was used to holding down the fort while her husband, Brigham, traveled for work several days each week. However, In January, Brigham’s National Guard unit was deployed, leaving Tyra home to parent her seven kids—plus Santi—alone for the rest of the year.

When asked if it was overwhelming to single parent her large household, Tyra responded, “My husband travels 3-4 days a week for work anyway, so I am used to this. Our home is the place the neighborhood kids gather, so it’s not unusual to have five or ten extra kids around. 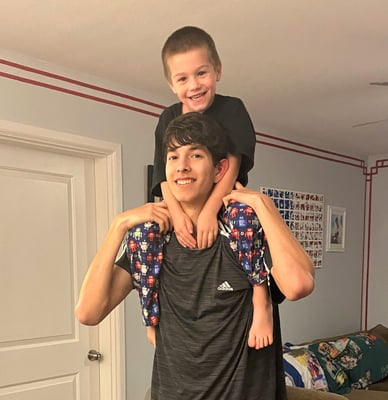 “Having Santi with us helped. He’s a great big brother who encouraged the kids to be active and happy. His presence actually made Brigham’s deployment easier and kept an even keel in our home. He stepped in and helped out when needed, and he joined the family in Facetime calls with my husband.

“I feel like it was a blessing to be hosting during this deployment, and it was good for Santi too. It gave him a unique perspective of American family life and first-hand experience with a military family.”

As spring approached, Santi made the tennis team and was very excited about the upcoming season. Then COVID-19 hit, and with it lockdowns, social distancing, and the cancellation of all spring sports. “It was really hard,” says Santi, “and I was really sad. Tennis is my best sport and I was so excited to play on the team.”

While many other exchange students returned home, Santi decided to stay and continue his exchange. He adapted to the new normal with optimism and kept working to make the most of his exchange year. The family stayed busy at home, and Santi grew even closer to them. The family used lockdown to take on some household projects like building garden boxes, planting trees, and building a chicken coop. Santi joined right in, making special memories and learning some new skills. 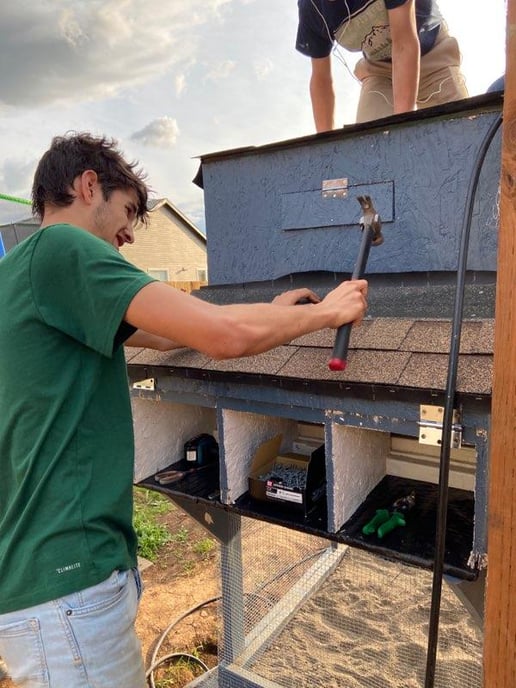 Host mom Tyra says, “I was always amazed at his ability to try anything new—activities, projects, and especially food. He was eager to try all kinds of things that my own kids wouldn’t touch.”

When asked to name a few favorite memories of his exchange, Santi was eager to share a long list including seeing Santa with his host family, attending professional hockey and basketball games, and everyday activities like hanging out with neighbors. 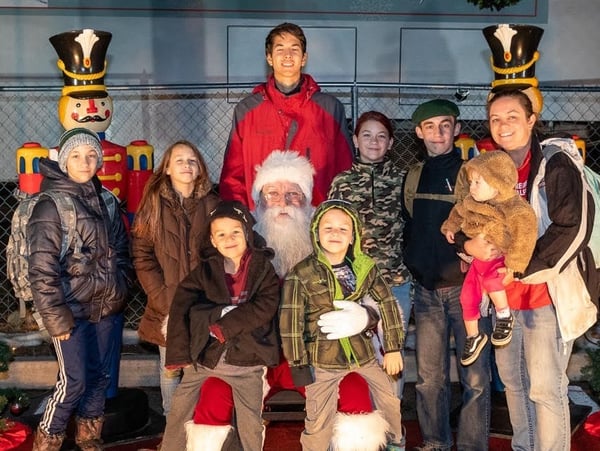 A special highlight of his exchange was a 10-day trip to Idaho and Utah to visit his host grandparents.  Santi loved seeing different U.S. landscapes and sights, including Yellowstone and the Great Salt Lake. 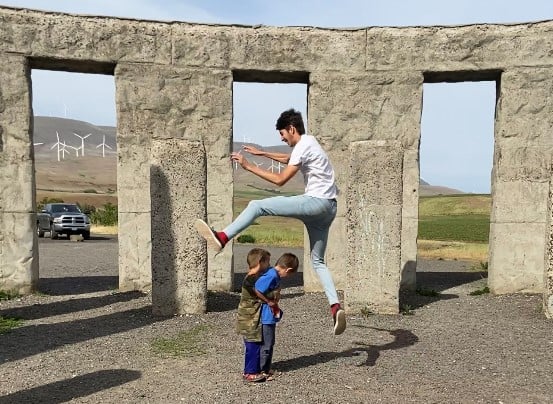 Santi says his exchange had a big impact on him. “I’m now completely confident to go new places and try new things. I’ve learned to adapt to new situations and make friends easily. I loved living in the country, which was very different from my city life in Spain. I’m not afraid to try new things now.” 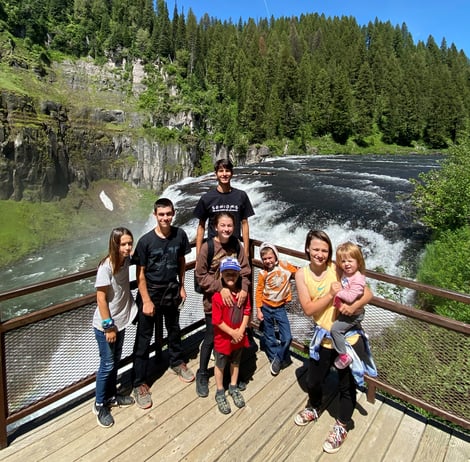 The Bairds wholeheartedly agree. Hosting Santi was a fantastic experience despite the unexpected challenges the year brought.  It was so good, in fact, that the Bairds are in the process of selecting a student to host this fall, and then in fall of 2021, they plan to host Santi's younger sister.

Says host mom Tyra, "We just love hosting.  It feels like what we need to do as a family."

ICES Student of the Month - December 2020

Culture in the Kitchen: German Treats