Branden and Amy Booher hadn’t planned on hosting an exchange student. As a young married couple in their 20’s, it simply wasn’t on their radar. Amy was acquainted with Meilee, a 15-year old girl from Germany, and when she discovered Meilee needed a new host family, she and Brandon started discussing it.

“We got along well with Meilee,” says Amy, “and we had a guest room available, so we thought maybe we should consider this. We talked about it and prayed about it and decided to go for it.” 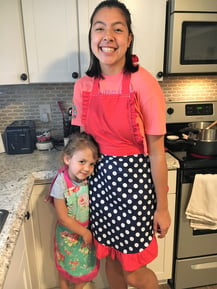 Meilee quickly adjusted to life with the Boohers, and soon felt like part of the family. The Boohers say she is respectful, helpful, and a delight to host. The Boohers’ three year-old daughter, Violet, loves having a big sister, and apparently the feeling is mutual. Meilee says, “I’m an only child in Germany, and I always wanted a little sister, so I’m loving this. Violet is more like my real sister than my host sister. I love when she comes into my room to wake me up in the morning. I will miss her so much when I leave.” 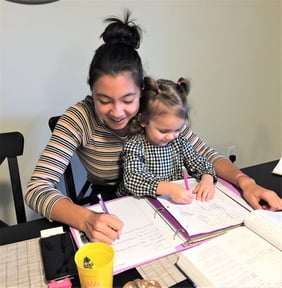 Host mom, Amy, says having a teen in the home has benefited them in many ways. “We were considering enlarging our family, but I couldn’t imagine loving another child as much as I love Violet. Now I’ve learned that having another child means having more love.” In addition, Amy says Violet is learning things that will prepare her for a future baby in the home. “She’s learning that the world doesn’t revolve around her,” says Amy, “which is a good lesson for her to discover now.”

While the Boohers are only a decade or so older than Meilee, they say parenting a teen is going quite well, and Meilee respects them as her host parents. “We relate very well to her because we remember what it was like to be her age,” says Amy. “I can give her advice on making friends, or dealing with situations at school.  And we’re also young enough to recognize when she’s trying to pull a fast one on us,” she says with a laugh. 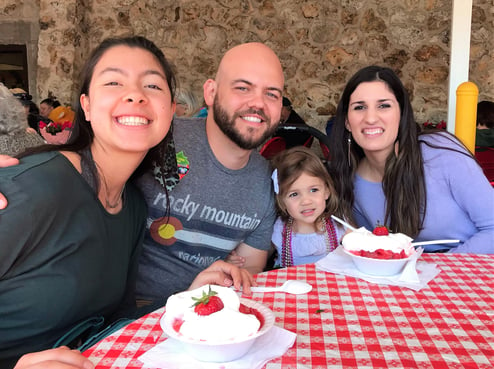 Meilee attends Durant High School, the same school both Amy and Branden attended, and she even has some of the same teachers. “It’s a little weird,” says Branden, “to go to a parent-teacher conference as the parent instead of the student.” 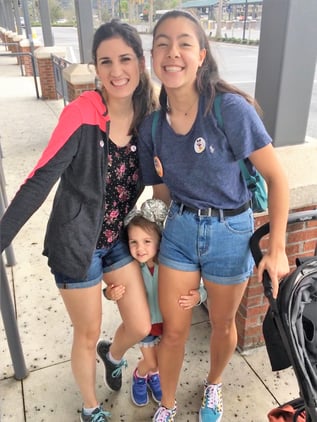 Culturally, the Boohers have the fun of learning about two distinct cultures by hosting Meilee, who is half Chinese. She’s been teaching her host dad Mandarin, and the family plans to cook both German and Chinese dishes with Meilee.

Meilee feels that she, too, has been fortunate to experience two different American cultures during her exchange. While she has spent the majority of her time living in Valrico, Florida, Meilee also had the fun of visiting Ohio for Christmas. She loved meeting the grandparents, aunts, uncles, and cousins, and was happy for the opportunity to see part of the U.S. that is completely different from Florida in many ways. 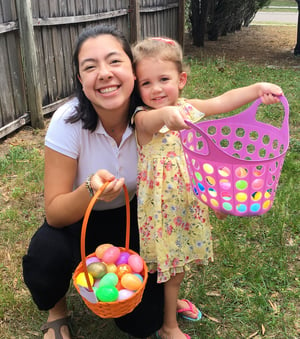 When asked what she’s learned from her time as an exchange student, Meilee says she’s become more open, confident, and independent, and she’s learned to adapt to all the cultural differences while developing a deeper appreciation of her home culture. “Becoming an exchange student is one of the best decisions I’ve ever made. The relationships I’ve made with my host family and American friends will not end after my exchange—they will be lifelong.”

Branden and Amy wholeheartedly agree, and they say a trip to Germany is now on their bucket list.

ICES April Student of the Month