The Big Game: Top 6 Things to Share with Your Exchange Student

The moment we’ve all been waiting for has almost arrived.

We’ve been yelling at the TV for months watching the games. We’ve been incessantly checking the stats on our phones. We’ve been avoiding washing our lucky team shirts to maintain their magical winning powers.

On February 13th, the city of Los Angeles will host the 56th annual Big Game.

This is not just any sports game. This is THE American football game. With football being the #1 most popular sport in America, the Big Game attracts over 100 million viewers every year. 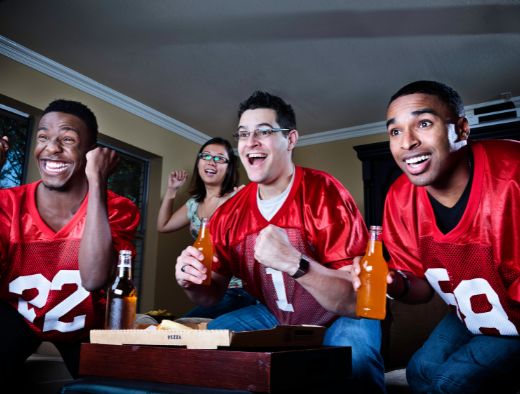 While other popular sports such as soccer, basketball, and baseball are widely practiced around the world, football is unique to America. It is astutely American in its highly competitive, brute, and strategic nature, and an essential part of American culture that your exchange student won’t want to miss.

Over the last five decades, Americans across the country have developed a special Big Game culture in which football fanatics and newbies alike can partake in the fun and excitement of not just the game, but the day itself.

Here are the Top 6 Things to Share with your Exchange Student about the Big Game:


Though football is the most popular sport in the United States, it is widely unfamiliar by friends from other countries (and some Americans). The overall objective of the game is to score the most points by carrying the ball into the end zone (a 10 yard/9 meter area at each end of the field). Players can also score points through field goals, which is accomplished by kicking the ball through a Y-shaped structure in the end zone.

It may not take one long to guess that food plays an integral role in Big Game culture. As our attention is grossly diverted by our favorite players charging down the field, we have no time for forks and knives! Finger food only seems to be the unspoken rule. The most popular Big Game foods include: wings, chips, dip, pigs in a blanket, and pizza. I would be lying if I said I haven’t attended my fair share of Big Game parties for these food items in particular. 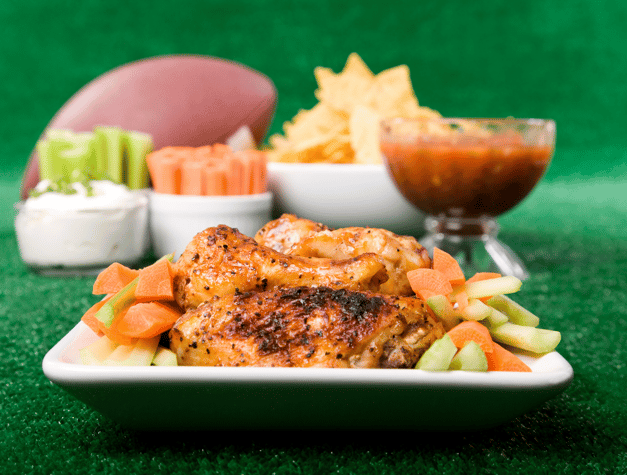 The Big Game has historically been the most watched U.S. event on television. This comes with great opportunity for companies to creatively market their products to a vast audience spanning the country. Depending on the household, some will mute the commercials and others will turn on the TV just to watch the commercials. No judgment either way (at least not from me). Americans have typically enjoyed the most clever commercials from major companies such as Coca-Cola, Bud Light, Doritos, and Toyota. 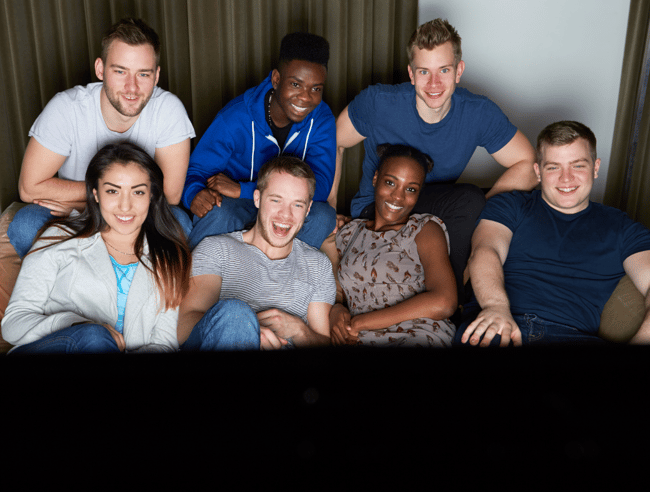 How to share this with your exchange student: Discuss your favorite products advertised in the commercials. Doritos? Coca-Cola? Which was the funniest commercial? Does your student know just how much Big Game commercials cost? Hint: It’s about six million USD for 30 seconds of ad time.

If watching brigades of massive men stampede toward the end zone isn’t your thing, I have good news. There’s another form of entertainment to look forward to during the game: the Halftime Show. This glitzy spectacle is typically performed by one or more of America’s most celebrated artists. This year, the Big Game will welcome 5 rap and R&B legends to the stage: Dr. Dre, Snoop Dogg, Eminem, Mary J. Blige, and Kendrick Lamar. The halftime show not only punctuates a rather long 3-4 hour game for bathroom and snack breaks. It also gives Americans an opportunity to cheer for something together regardless of their team preference. In a culture of intense rivalry and competition, there is always room for comradery over mutual love and appreciation for great music. 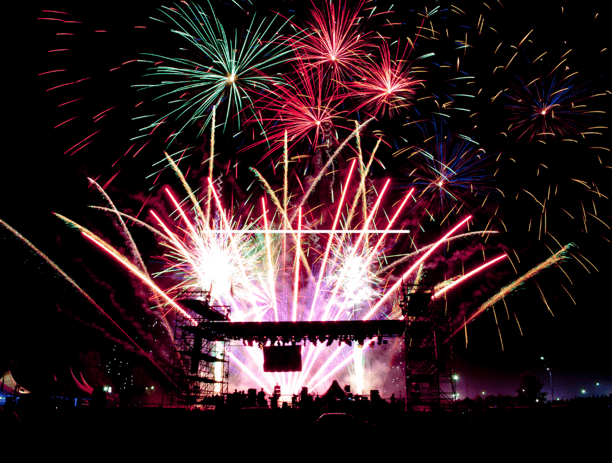 5.  Time with Friends and Family


Although much of the game may be spent with our eyes peeled watching the TV, the Big Game creates an opportunity for our friends and family to gather under one roof--or rather, in front of one screen. With jobs and other obligations at times preventing us from spending time with those we love most, the Big Game is a day that brings us together. Whether you’ve been following every game of the season or can’t name more than a couple teams off the top of your head, we still come together on this day because it’s a day for everyone and anyone. Just don’t forget to bring your dip. 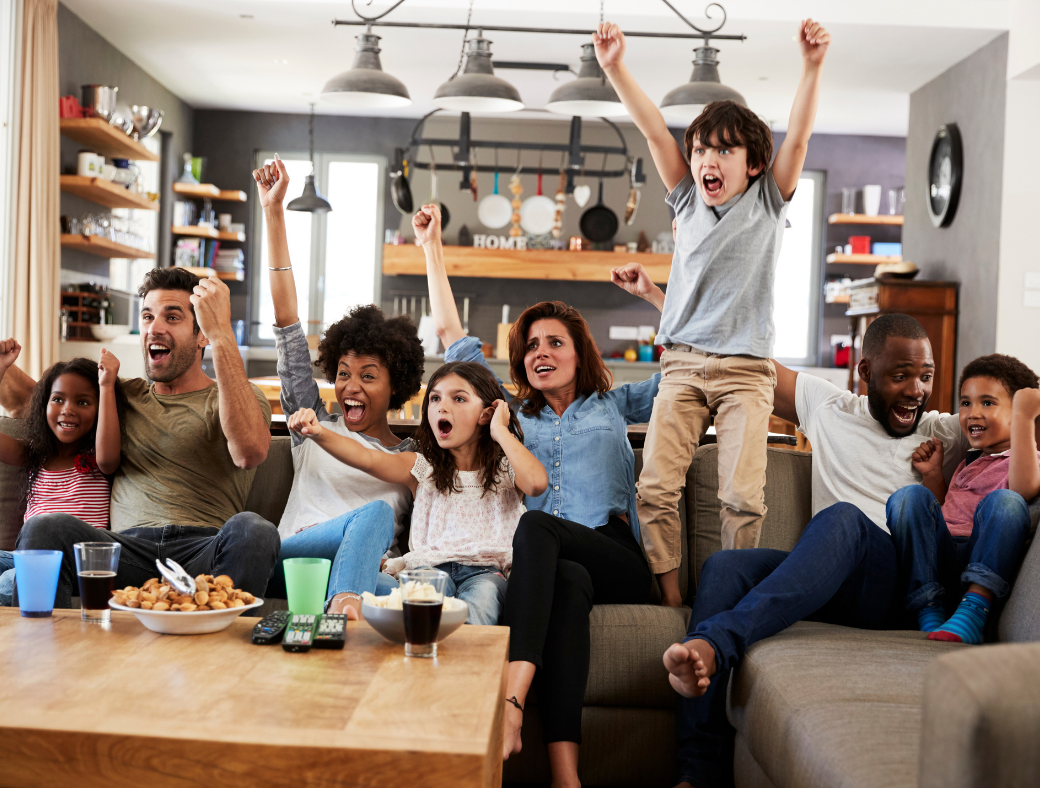 6.  Coming Together as a Country


It is no secret that America has its fair share of divisiveness. Whether it’s over sports, politics, or religion, at times it seems that there is very little that brings all Americans together. That is, until the Big Game rolls around. We sing the national anthem with pride and participate in a legendary sports tradition that brings even the deepest rivals together for a common purpose. It is a truly shared American experience, and one made even more meaningful when joined by students from other countries as well. 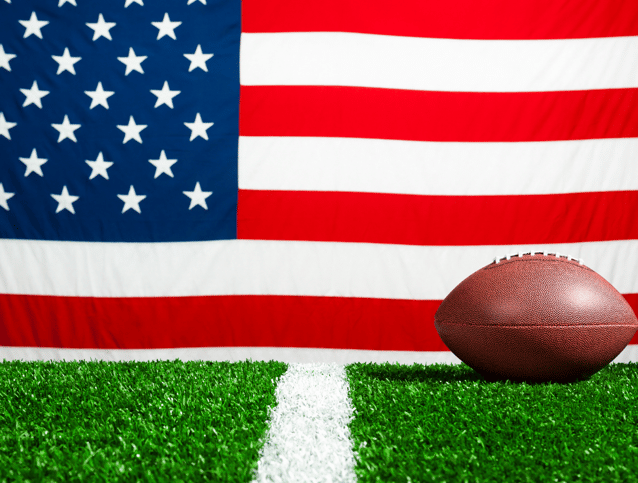 How to share this with your exchange student: Teach your student the national anthem. You might even open a conversation about how any national anthem can be powerful in bringing different people from the same country together.

I encourage you to share these important aspects of the Big Game with your exchange student. Even if football is not particularly of interest, the culture of this game reveals more about the deep values of America than you’d think.

But, whatever you do, don’t forget to order your pizza far in advance on game day.

Study Abroad: From Minnesota to Norway