ICES Student of the Month - February 2021 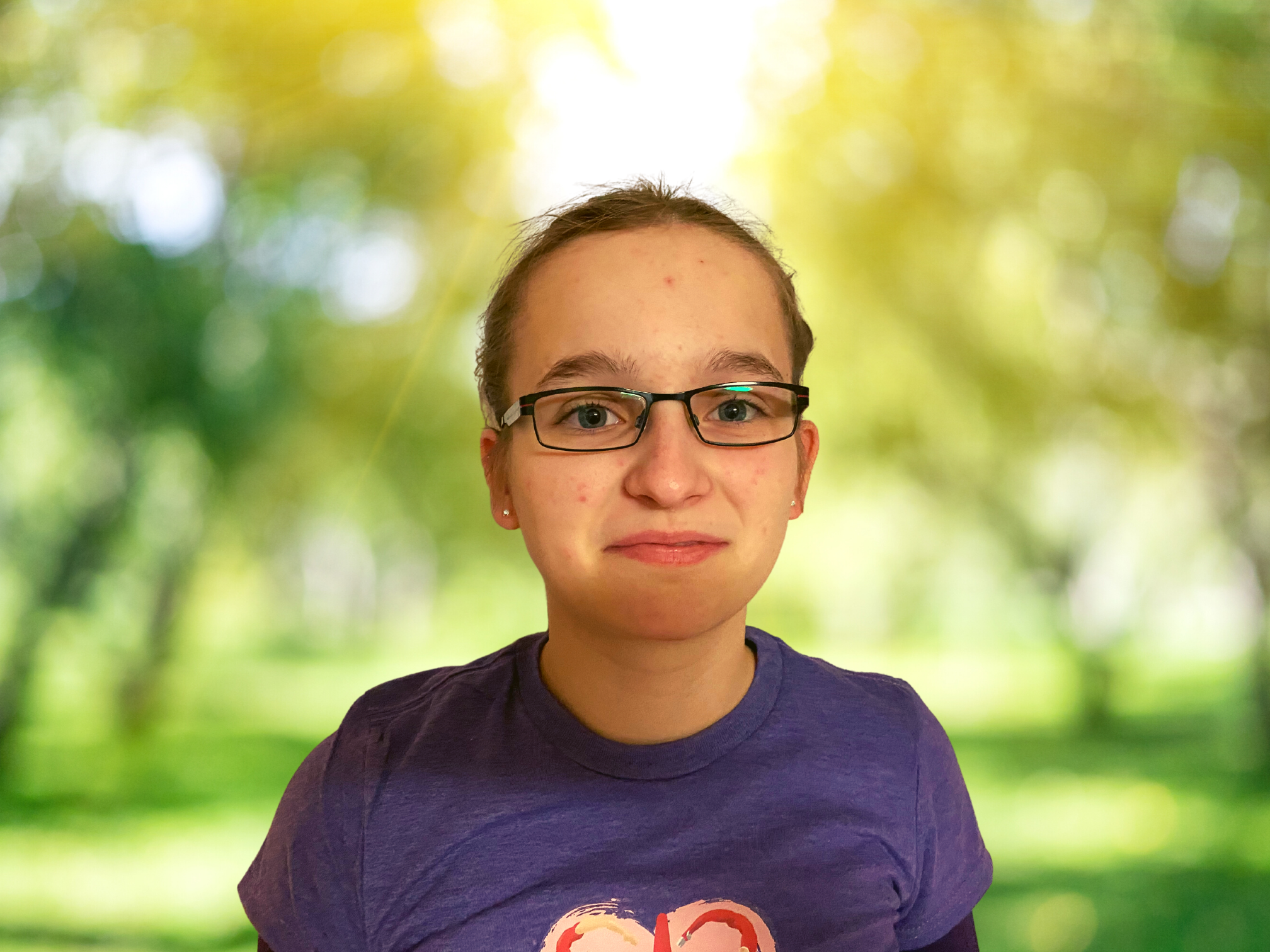 We are proud to introduce Jana Dieckmann as our Student of the Month for February. Jana is from Gifhorn, Germany and is living with the Jarrett family in Metamora, Michigan where she attends Dryden High School. She was nominated by her host mom, Mandy.

One of Jana’s prominent qualities is her consistently positive attitude. Host mom, Mandy, says that despite the difficulties of the pandemic and quarantining guidelines, Jana finds happiness in all she does. When she was limited to staying home, Jana filled her evenings doing jigsaw puzzles and playing games with her host family. Jana engaged her artistic skills as she and her host mom painted Russian nesting dolls together. 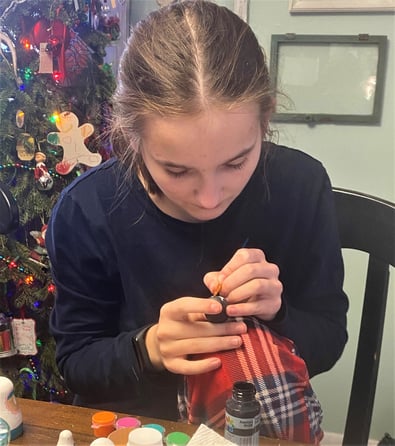 Jana has fit seamlessly into her host family, connecting well with each family member and participating fully in family life. She is the first person to jump up and happily help with household chores, and willingly does anything that’s asked of her. She often helps her younger host brothers with their homework, especially German and math. The boys admire Jana and love having her as their older sister. 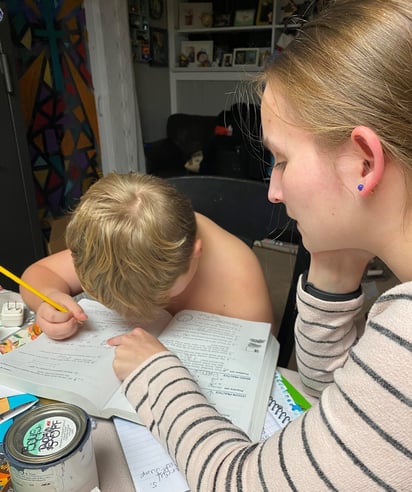 Jana was excited to be in the U.S. during an election year, and she even accompanied her host dad as he voted. She was shocked to see the long ballot with so many candidates and issues to vote for, and says it’s very different from elections in Germany.

Other favorite experiences of her exchange include trying turkey for the first time at Thanksgiving, celebrating an “American” Christmas with stockings and gifts on Christmas morning, and going on trips with her host family. 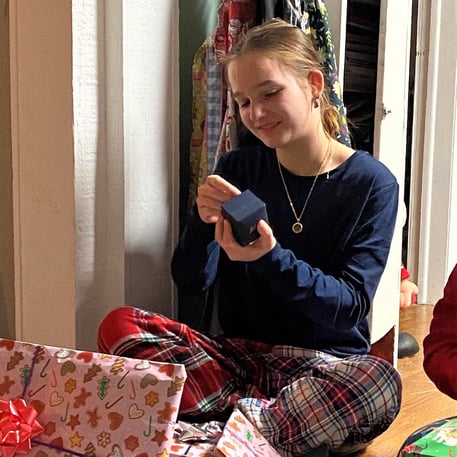 Celebrating an "American" Christmas was a favorite memory

In addition to all her new adventures, Jana has also been able to continue some of her favorite activities from home. An experienced gymnast, Jana has joined a local gymnastics club, where she competes in beam, bars, floor and vault.  It's been fun for her to compete in a sport she loves, and being part of the team has been an excellent way for her to make friends.

She’s also enjoyed sharing some of her favorite German treats with her host family by baking German pretzels for them to enjoy.  And for her birthday, Jana and her host mom spent hours together baking a special German Snow White cake.   This scrumptious dessert is a white cake filled with cherries and vanilla cream and topped with a chocolate glaze.  While it was complicated to make, it was a fun experience for both Jana and Mandy, and a special memory they will both treasure.

While Jana makes being an exchange student look easy, she’s certainly had her share of challenges to overcome. In November, the entire family—including Jana—started feeling sick. A trip to Urgent Care confirmed their fears—they all had COVID. Despite losing her sense of taste and smell and feeling lethargic, Jana remained hopeful and optimistic and was a source of smiles and laughter to the rest of the family.

Host mom, Mandy, says Jana is amazingly adaptable, making the most of whatever opportunities come her way. School has been unusual this year, alternating between in-person and virtual classes, but Jana has taken it all in stride and participated fully in each without complaint. She attends church weekly with her host family, which is also a new experience for her--one she enjoys.

Jana’s resilience and adaptiveness may be partly due to the fact that her mother was also an exchange student, having spent a year in Ohio when she was young. Jana’s younger sister will continue the family tradition by coming to the U.S. on exchange this fall, though she doesn’t yet have a host family or know what state will be her exchange home.

Jana and her host brothers volunteering for the church

When asked how her exchange has changed her, Jana quickly responded, “I was very shy at the beginning, but now I’m much more open. I’m not shy anymore. And my English is better.” Indeed, she was delightful to interview, with a smile on her face and an eagerness to share the joys of this wonderful experience—all in perfect English.

Host mom, Mandy, sums up her feelings toward Jana by saying, "I truly think she is the greatest foreign exchange student! She has shown perseverance, strength, determination, adaptability, kindness, compassion, and patience in all things. We love her and will miss her terribly!" 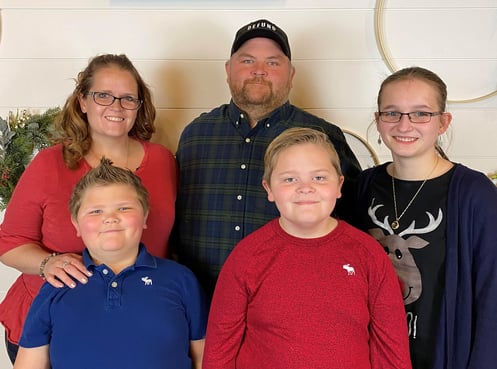 Jana and the Jarrett family

All of us at ICES congratulate Jana, and we thank her for representing ICES and her home country of Germany so well. As the Student of the Month, Jana will receive an ICES t-shirt, a $100 Visa gift card, and a letter of commendation from ICES President, John Crist.

ICES Student of the Month - December 2020