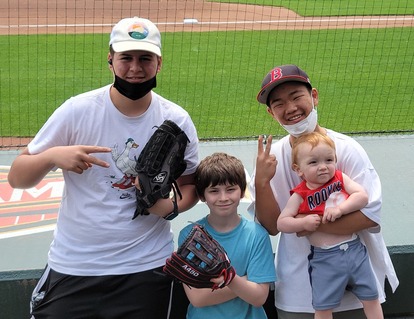 Cassidy and Chris Miller have just said good-bye to Jose from Barcelona. He is one more international son that has lived with this lively family that thoroughly enjoys hosting boys. 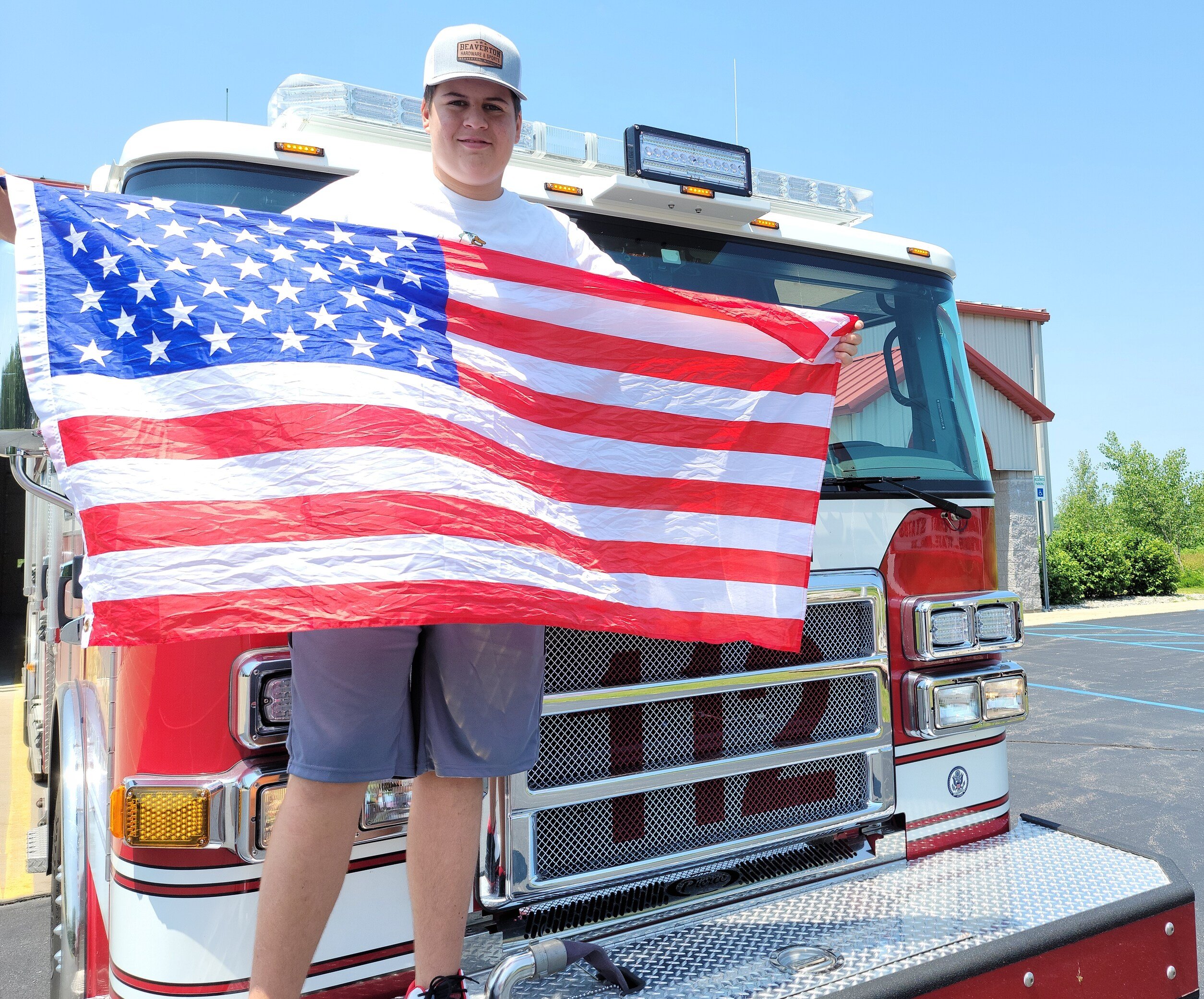 How did the Millers choose Jose from Barcelona as their new international son?

“He was happenstance,” both Chris and Cassidy agree. “We chose one boy who denied a double placement (sharing a host family with another student) and the coordinator suggested him. We checked out his application and decided he would be great!”

Thanks to so many great experiences hosting boys, these parents of two young sons (an almost ten-year-old and a toddler) are excited to keep on hosting – boys. 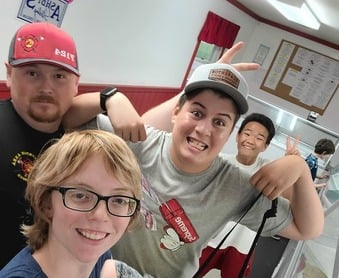 Chris and Cassidy enjoy having a houseful of boys and a whole lot of fun!

“It’s not complicated to host boys. They’re easy to have,” Chris insists. And Jose is an excellent case in point. He has been easy and fun. Which is why, this is one hosting-happily-ever-after story you won’t want to miss - especially if you’re thinking about hosting a boy.

Fitting in to the Family

“For the first week or two he was going through that normal, awkward stage not knowing what to do,” Cassidy remembers. “Then, when he started warming up, he would randomly volunteer to do strange chores that kids don’t normally volunteer to do like mow the lawn or do the dishes.” 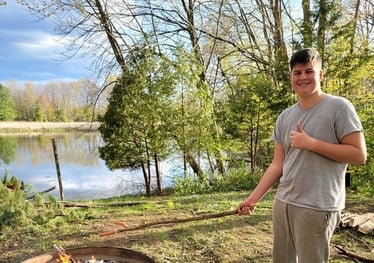 After cutting up felled trees, Jose was happy to tend the burn barrel, never missing an opportunity to roast hot dogs or make s'mores in the meantime.

Or…helping to cut up trees in the back yard! “He was constantly wanting to go out and cut up trees,” host mom laughs. “It was so cool to him. It’s something he doesn’t get to do in the middle of Barcelona.”

And he loved to help with the chickens too. Cassidy remembers the day three chickens disappeared leaving a loner to fend for itself.  “Jose would put the chicken on his shoulder, and he did that for a few days until it made its way into the other group of chickens.” 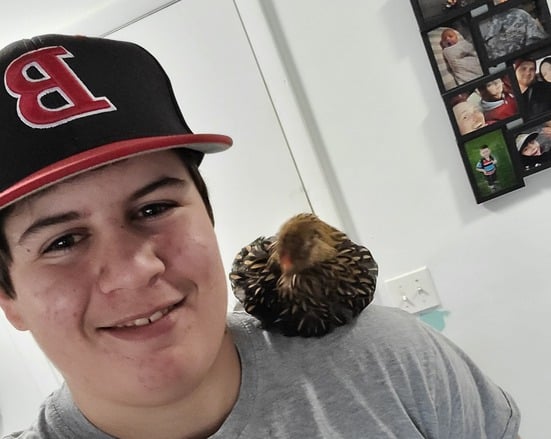 Jose let this lonely chicken perch on his shoulder, safe and sound, for several days until ready to bond with a new flock of feathered friends.

He had an especially interesting approach to laundry...Cassidy and Chris will never forget the day they discovered clean, wet clothes hanging all over Jose’s room. “He wasn’t used to having a drier in Spain, so he asked his mom (back in Barcelona) what to do and she told him to hang it in his room." The clothes drier was an exciting discovery! 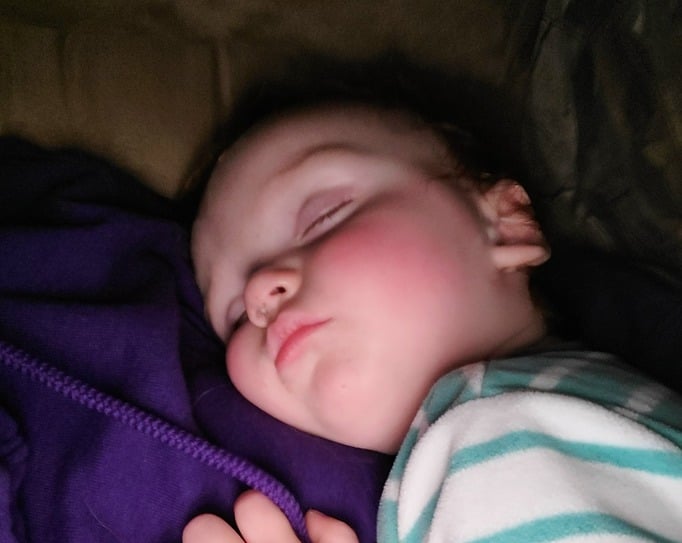 Jose enjoyed having a baby brother and often volunteered to hold him when he was fussy or looking for some entertainment (or a nap).

Jose loved being a big brother, especially to baby Harley whom he loved to entertain. “If I was cooking and Harley was upset, he would come out and pick him up and hold him while I cooked,” says Cassidy, who will surely miss that kind, big brotherly gesture now that Jose is back in Barcelona.

Double Hosting Two Boys at Once

The Millers are double hosting for double fun, but this meant that Jose would have to share…everything (his host family, his room and his whole US experience) with Bang from South Korea, a “calendar year student” who arrived in January, well after Jose had already made himself at home. 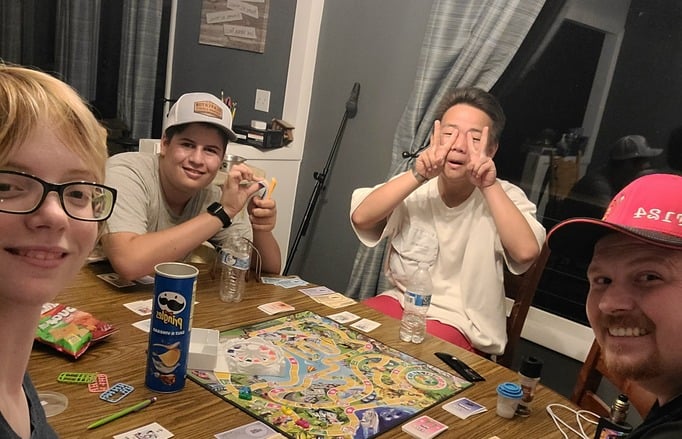 Double hosting has been lots of fun for the Millers and family game night just got better.

Would it work? Would the two boys hit it off? Would Jose adapt to sharing with another teenager? “The first day, Jose jumped in and said, I’ll show him around,” both host parents proudly recall. “They got along great. They played sports and video games together.”

Jose loved sports but there was just one problem. In Spain he played handball and now he wanted to sign up for American football, basketball – even baseball. But with no experience, he had to start from scratch. How could he possibly catch up with his American peers at high school? By watching YouTube tutorials, of course! 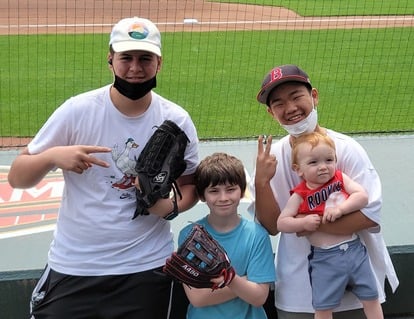 Jose loved baseball and made his host parents very proud when he made the team - and excelled at the sport!

“He taught himself to play American football by watching YouTube videos.” And he did the same with basketball and baseball. “We taught him how to throw a baseball. I taught him the positions, the rules and the general flow of the game and a coach taught him to bat.” 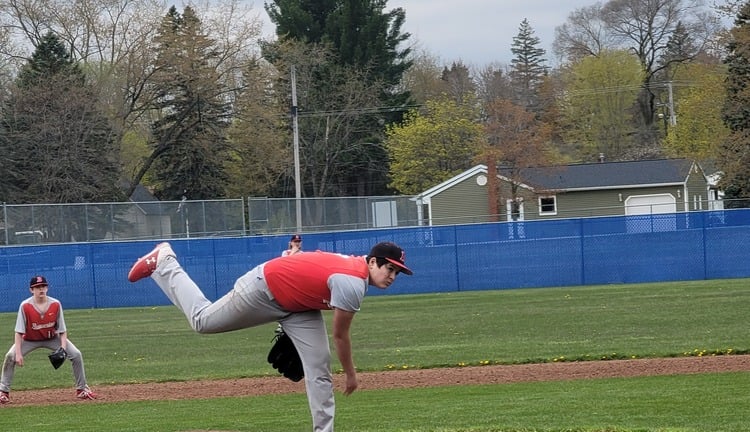 Making starting pitcher for his school's junior varsity team was just one of many highlights for Jose (and his host family).

Jose made his host parents very proud. “I was impressed that he made starting pitcher for the junior varsity team!” beams Chris. “He had never seen any of these sports. He wanted to do all the things an American boy would do.”

Ice fishing was another exciting adventure for Jose. “It was fantastic,” recalls Chris. “At first he was afraid to walk out on the ice. We drove the "Mule" out on to the ice.” Jose was awestruck: Could they go anywhere they wanted out on the ice and just start fishing? But if the ice was so strong, how could they possibly break through to fish? That’s when he met with the auger, a big drill for punching through the ice. “We let him do it. He almost dropped it, but he did it.” 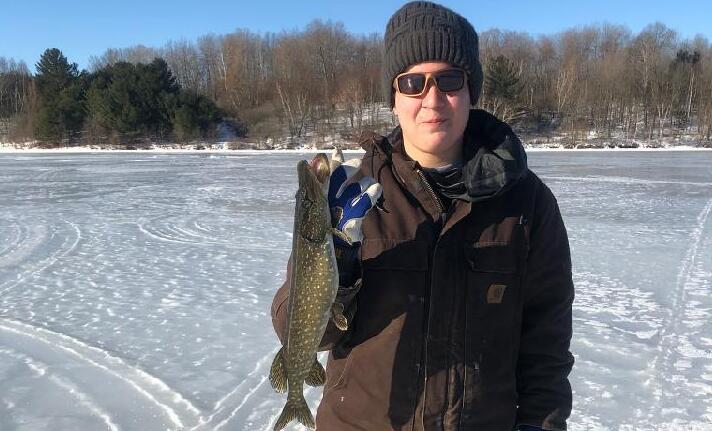 Jose caught one small fish that he couldn't keep, but that didn't stop him from spending hours out on the ice with grandpa.

“He loved to sit out there on the ice. We sat there for five hours and didn’t catch a thing, but he loved ice fishing,” says host dad. Fortunately, host grandpa shared Jose’s passion for the sport. The two of them would spend hours fishing together. “He almost caught a huge one,” says Cassidy, “but it was too big to go through the hole, so he lost that one. Then he did catch a little fish, but he couldn’t keep it because it wasn’t in season.”

“We have a rule in our home. Once a week our kids have to be in the kitchen with us so they can learn how to cook, and we can help them develop their skills as they grow up," reports Chris. And he tells his international sons to be sure to give their family back home a taste of what they learned, saying, “Show them you learned more than just English!” 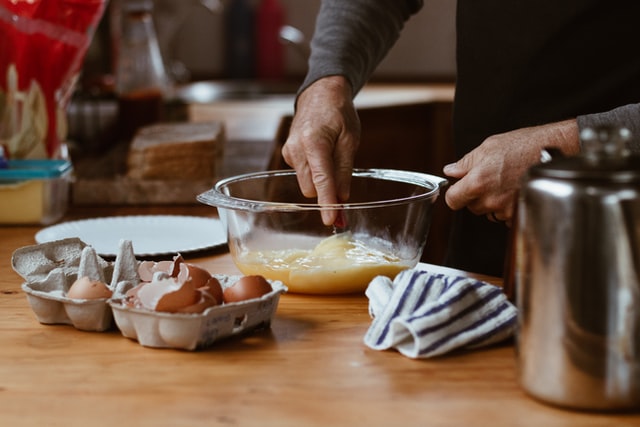 The Millers enjoy teaching their international sons how to make a few recipes they can take back home and share with their families.

Jose learned to make pancakes, and he cooked eggs to his heart’s content. “We have an unlimited supply thanks to our chickens,” says Cassidy who makes a mean Shakshuka (which includes poached eggs). This was one of Jose’s favorites, but he will go down in the Miller family history for eating everything on his plate with mucho gusto. “He was not particular at all,” confirms host mom.

How about some advice for future host parents?

“Get to know the kid before they arrive because it makes it less awkward and easier for them to adapt,” suggests Cassidy, adding that when it comes to sharing your American culture, “you don’t have to take them on extravagant trips, just take them to little festivals in your local area.” 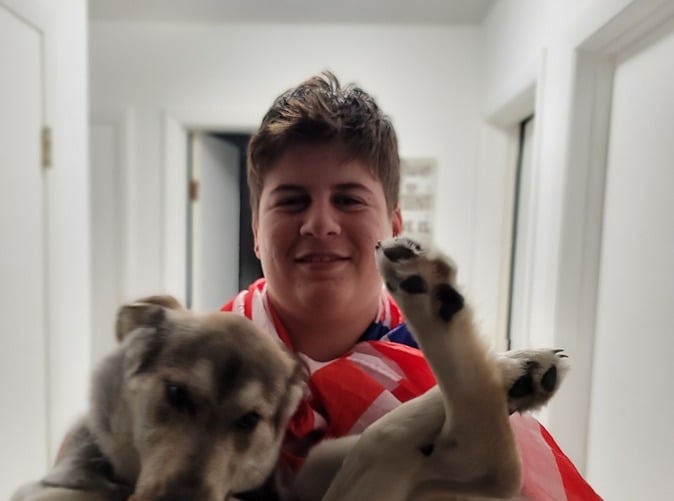 Jose loved the little things, like spending time with the family, including Kaja, who was just a puppy when he arrived.

But, why host in the first place?

Both parents want to make a difference. “Be the change you want to see in the world,” quotes host dad. “We want to do that starting in our home and our community which is very small with very few minorities and almost no cultural diversity.” 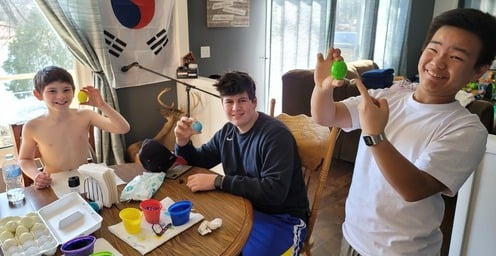 “I would say that if someone is interested in other cultures, this is the best way to learn about them, by bringing them into your home,” says Chris. “We’re not wealthy people, but it doesn’t cost so much to host, just a little extra utilities and food. We want to make kids' dreams come true and learn about their cultures,” says Chris, and Cassidy adds: “I think it’s good for our kids too.” 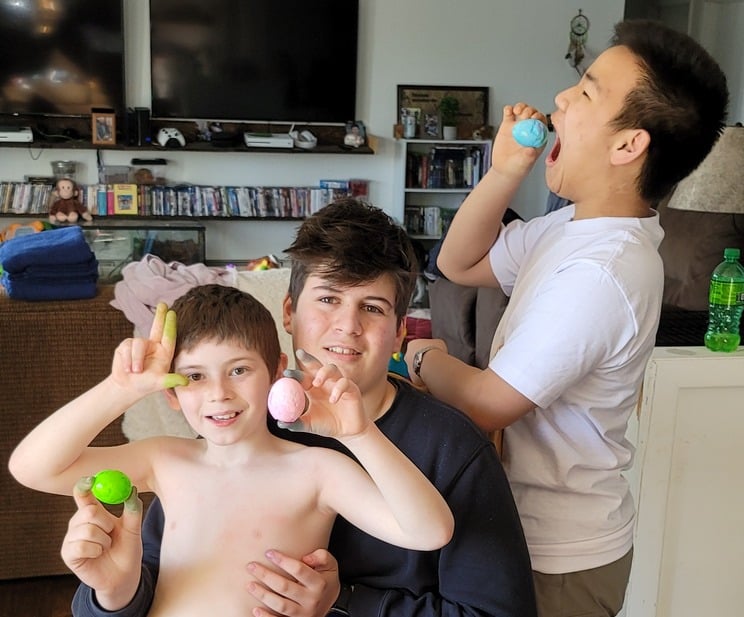 Having big brothers from around the world is especially fun for Jace, who loves hosting. Even though he misses Jose, he's looking forward to a new brother arriving soon from Denmark!

Little brother Jace agrees. He loves having host brothers. “He loves them almost a little too much,” both parents agree with a smile and a wink. “He wants to have a student every year.”

Chris and Cassidy are 100% on board. But they don’t want just one student. They want two! “I’d like to have a calendar year student and an academic year student every time,” says Dad.

And they will be boys!

Check out how "Host Families Have More Fun"...

Host Moms are the Best!

April Student of the Month